The War on the Planet Free Forest 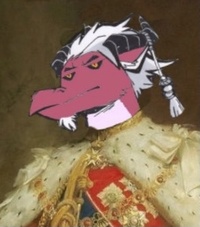 The War on the Planet Free Forest

I was grouped together with two girls, both humans, a cheerful Measctha male, a standoffish human man who wore glasses, and a rather stocky Creach man. I wagered with the measctha he was from Bezembay. We were approached by a human man with a thick beard.
“My name is Colour Sergeant Ponsby. You will sound off when I call your name.” He spoke with a rather loud and strict tone of austerity. “Isabelle Furthfield,” One of the two women signaled by raising her hand. Ponsby looked at her, “I said you would sound off! You will not raise your hand. You will stand up and say ‘Aye, Sir!’ Do you understand me, Miss?” The sergeant shouted. The woman instantly nodded and jumped from where she was sitting.
“Aye Sir!” She shouted.
“Better. We’ll make soldiers from you lot yet.” he grumbled and stepped back from Private Furthfield. Furthfield was a blonde human, short, brown eyes, lean. If I wasn’t in the army I would even say she was attractive. “James Crosier.”
The Measctha man jumped next to Furthfield, “Aye Sir!” Like almost all of his kind, he had short blonde hair, long pointed ears, was lean, had a very fair face sprinkled with freckles, and stood at a height just taller than a human woman, but just shorter than a man.
“Willemina Chemford.” The other human woman moved to the line.
“Aye Sir!” She shouted. Now this one was taller than both in the line already. Now she was no beauty like Private Furthfield. She had wide shoulders, she was neither lean nor port, her face was average with more rounded cheeks. Her hair brown hair was put up in a bun.
“Charles Manngeaut.”
I stood next to the others, “Aye Sir!”
“Sebastian Jopling.”
The human with the glasses stood next to me, “Aye Sir!” He was about my height, with dark brown hair all buzzed down aside from a thick moustache. His body and mine were on par, both unathletic but favouring lean.
“Finally, Benjamin Thesiger.”
The large Creach moved next to me, “Aye Sir!” He had a Bezembay accent. No hair on this one, just the white and black fur that covered his body. He had two black stripes of fur that went over his eyes and went to colour the fur around his lips and the inside of his ears. Then went behind his ears and down the back of his neck. He had one additional black spot of fur on the underside of his neck. Long whiskers came from the side of his maw, and his nose was a large dark spot. He had large shoulders, with even larger arms. His chest was prominent.
The Colour Sergeant nodded. “Excellent. I expect all of you to perform your duties to the letter. Is that understood? You will go wherever high command decides the Iammelonian rebels need a good Bezannian solution. We will arrive at a battleship in a few minutes. From there you will spend four weeks in basic training. I will be present for this, and from there we will be deployed. For now, I need to teach you how to march in formation, and some rifle drills. Grab your rifles. Be quick too.”
We spent the next fifteen minutes being drilled on how to shoulder, order, port, and present our rifles. We then were also taught how to march. Our Colour Sergeant would march in front, then six of us would march in three rows of two at arm’s length, with one of us following in the rear. For now, Ponsby decided Thesiger would be in the rear. I was in the second row, at the far right of the line.
The train came to a halt, the brakes screeching and hissing as the our wooden and metal box slowed down to a halt. We assembled in formation near the rear of the car, where the door we would exit from was located. The door slid open, and we rushed out into the sun and confetti. The crowds here were cheering us on, happily singing the national anthem along with the marine band. The colour sergeant removed his sword from the scabbard and held it in the air.
“Rifles order!” He barked with a space between his words. We followed orders, of course. “Rifle Shoulder!” We brought our rifles from the ground to our shoulders and carried them that way. “Quick March!” He barked and off we went. We followed behind another squad, and there was a squad behind us too. This was a proper parade now, and ahead, the docks. Currently docked was a massive battleship draped in flags and confetti pieces. It was the biggest thing I had ever seen and it sat with so many other dazzling ships.
As we climbed the ramp onto the ship, I tried to strain my eyes as much as possible without moving my head. Trying to get one last glimpse out at Bezembay before I left. In the end I never did get that glimpse, and I was shown to my bunk bed in the center of the ship.