Sometimes she curses her skill in crafting a vibrant world that can protect itself. This is one of those times. Because now she has to weave through it in order to solve the issues at hand. It has been a little over a decade, twelve years to be precise when the Athailians made a brazen entry into Angelarium.

Knowing the context, she couldn’t fault them for landing on her world. They were running out of food and supplies in their fleet. No one wanted to go to the front steps of a major power, too paranoid. When they saw the primitive world that was Angelarium, they had two options. Die in the cold, expanse of oblivion. Or on solid ground beneath a warm sun.

They were optimistic of course, as Athailians are. Unfortunately, it was made apparent that they weren’t welcome on Angelarium. Even the world beneath them were rejecting them. Poor harvest, no fish in their coastline, and bad weather plagued them. While she may have manage to lessen the displeasure the world has, she had yet to wrangle other forces connected to the world. Such as the fickle creatures that were the Fey.

Then there was the other problem. The Amzielean. Officially, she’s the high priestess for the ‘Goddess’. One of the most influential figureheads in the largest organized church on Angelarium. While she may be able to sway a large portion of the populace, there were plenty who didn’t heed her heads. Whether it be because they practice another faith or didn’t believe her. The latter itself is a growing concern. She knew that there is a rise of suspicion regarding her. The rumor mill has it that she’s a false prophet. A heathen who somehow worm her way into the church.

The irony is not lost on her.

Worse still, she knew that the more she show ‘favor’ toward the Athailians, the more they’re likely to crucify her. Making this a balancing act. She had to not recognize the ‘Phoenix Empire’ as a sovereign state and instead decreed that their land was a reservation. Despite the fearmongering, they don’t have that much land at that. Only 65.000 square miles.

Many would argue that much land is too much.

As if the message wasn’t made evident. A wall was erected a ways away from the Athailians to keep them within the reservation. When she heard the news, a wave of nostalgia struck her. People and their walls, she swears. There was a silver lining in that it actually protected the Athailians. Overall, while this is not the best of times. Things were a lot better than it could have been.

Well, except for one incident involving a rural village a few dozen miles away from the wall. Allegedly, word have spread about mass rape that occurred there. She had her trusted men snuff that information before it reached the rest of the world. Whether this is true or not is irrelevant because she can’t allow given the people the perfect excuse to whip up a frenzy.

She knew about the ‘Pale Season’. But she doubted that they did anything, The Athailians wouldn’t dare give the existential threat looming over them a reason to be even more hostile. It was likely caused by a third party to create a casus belli.

She hopes something good can come out of this scheduled meeting with Badrick. The rhythmic click of her Torch-staff could be heard subtly echoing off the metallic hallway as she made her way to one of the many meeting rooms on the Union Station. Stopping before the door, she took a breath before stepping inside. 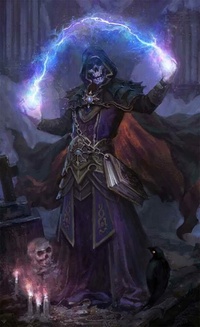 Re: To Define Nationalism [Eteru/Richard]

The planet of Angelarium… A primitive world that was the bottom of the barrel in terms of a place to try and create a safe place to recuperate. The planet itself wasn’t bad, the nations that make up the supercontinent all tend to take remarkable care of their world. Something that the Athailian’s can generally appreciate and vibe with… It was this common practice they shared with the natives that they thought would allow them to gain some common ground.

Over a decade has passed since their less than willing landfall because they did not want to die in the cold of space, only to be met with an all too familiar and to a point justified xenophobia from the natives that has made things. Well… If you had to put things diplomatically? Difficult.

During those trying times, the newly ascended Emperor Badrick, did his best to lead his people and make sure that what remained of his people and the last members of the vassal races that made up the once expansive empire lived comfortably for what it was worth. Disputes with the locals were to be handled swiftly and fairly… Even if it was usually the fault of the natives that aggression began, with the land itself rejecting them… What choice did they have but to retreat despite their vast difference in technology and magical prowess. Injuries were easily healed, losses of life however… Were a different matter. Thankfully there has not been an incident dire enough to cause widespread outrage yet. But that was what these talks will be for. To make sure that if something happens that would end up causing the Athailian people’s last straw to break, then Badrick would not have to handle that fire alone.

Frankly this matter of the alleged spree of rapes were more than enough to light that fire. A bold attempt to ignite hatred for his kind by those who poorly understand the values of his people… It was true that Athailians tended to throw caution to the wind in some cases when the Pale Season was involved. But with facilities and emergency services in place to help individuals who are too far gone into the Season without a partner, there was no way that someone was desperate enough to jump the wall and create more problems amongst the natives with safer alternatives available… Not in a negative way like this.

Once Huelyn steps inside the meeting room she would find that the Emperor was already sitting inside. Since this was a diplomatic talk he had come himself, leaving most of his guards, besides the two standing guards at the door to the meeting room, and numerous aides back on the cruiser he came here on since this was a matter he can handle himself.. They’ll hear all about this when he gets back anyways.

Badrick was in an equal pit of stress to the High Priestess, he was sat slouching forward on one of the couches with his head hung low, the numerous and normally coiled up tendrils on his head were all lax or flicking with anxiety before he heard the door slide open, making him stand up and act alert as he greets her. “You eminence.” He says with a simple bow as he crosses an arm over his chest. Once he stood upright again, his single gold tinted eye stayed on the High Priestess as he sat back down. It was already very evident that the Emperor had not been getting much sleep. The amount of fires caused by local kingdoms near the ‘reservation’ made for a very long list that he and his council has had to deal with. “I am glad you could take the time out of your busy schedule to come and meet with me.”